from The Metal Jerk by Cloudy October 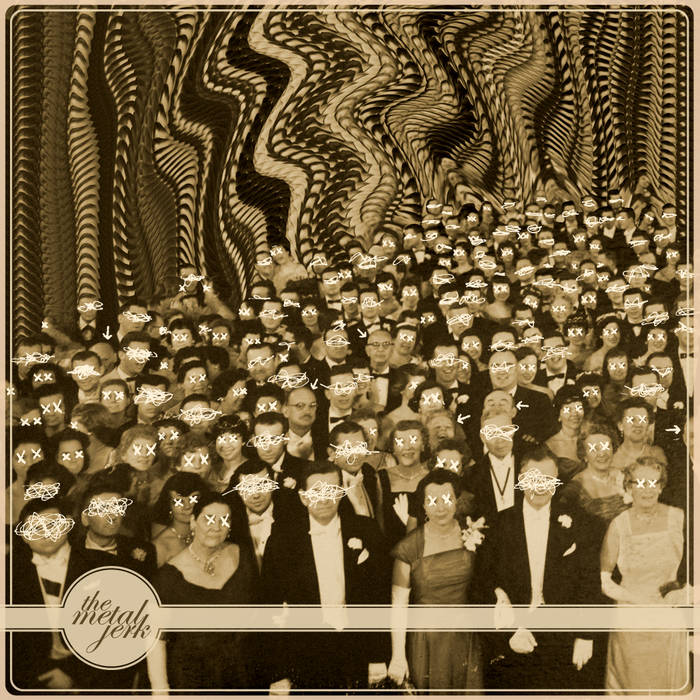 This beat came to me the day the album was getting mastered. I had recorded over it a month before but didnt think i would get a chance to use it.

I love the title, love the beat. There is a legendary Orlando Hip Hop group called N.I.T.E. One of the last songs they made together was called 'Womp Womp'. I have pulled from rhymes off that song for many years. While employing The Metal Jerk rhyme technique I found myself saying my hook in the same notes that they were said on a hook on 'Womp Womp'. My version is no where near as clean or dope as theirs is but I like it. Fits the narrative. Yes. I had to borrow money from my brother to pay for this beat. I told my brother that I would only take the money if he liked the song. ( A lie, bold, but a lie). He listened and wrote back with 'IT'S LOVELY, do it.' awesome. Felt great. That is the same word I would use to describe it.

This is the first song that I feel my childhood in every time I kick a verse. I talk about capturing those bugs that use to light up the sky, in a jar. THe pet turtle shit is actual as well. His name was Bubba and i cried when my father drove us to the woods in virginia and had me let him go. Never seen a turtle smile til then. He pushed himself out of my small hands and ran to his home. It was a huge lesson for me. Virginia is also the first time I have ever seen rain in the day time along with sunshine. I mean bright sun and rain. I didnt know that shit was possible until it happened. Youth. Speaking of which some the rhymes off this shit are from some songs I did as a teenager called 'Cold or Hot' and 'Rules and Regulations'.

I often get called a pessimist (or something similar) when I tell people what the future most likely holds for me as far as being popular as a rapper. I am also the only one in these conversations that has usually read the most about the current music business climate and been eyeing the trends hard-the one actually in the shit. Outside eyes and ears are still mandatory. Although, even discussing these matters with very popular musicians, some in similar situations, they seem to share my sentiment.

Notes on OC Notes:
I love this beat so much that I named the song after the location in which it was conceived. There are few as gifted as this man OC Notes. I look forward to working with him again. We have plans on working together on my Fourth album called Sw....Oh wait thats a secret, for now. This beat comes off of an album called Medicine. Check it out here ocnotes.bandcamp.com/album/medicine.

i may be closer than you think or what it seems to be
when rappers disappear behind like the scenery
is it all about the money, is it all about me?
c l o u d y in the place to be
You control freaks swear you ocd
all the ladies wonder where me and OC couldbe
its the kind of peace that we associate with sleep
put the needle to the groove recline and listen to a beat


I'm under the radar I'm sick

Im under the radar


peace to all the rappers that feel like we in the same class
step up to the microphone and get your fucking brains smashed in
they'll put your name last friend
Maybe I should tone it down a little
beat around the bush baby you may never see me tattted up
wow now its all you see is batter up
style simple in plain (movie folder) i got game
check out my emaciated frame.
when the party is pac-man you know I'm never ghost
I'm bananas-nanas, apples apples, pears pears, pretzels pretzels

boom
you'll never see my face on an album cover